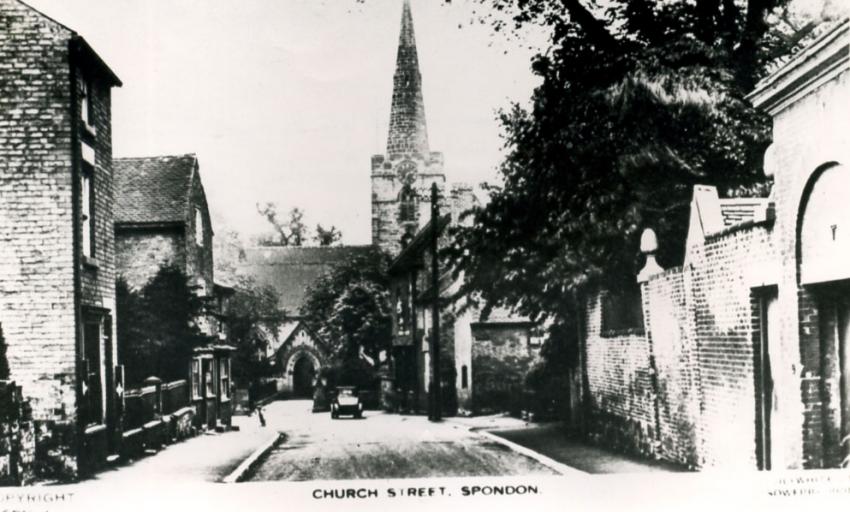 In the early 1900s Mr Bostock lived in the Grove, a large houe behind the wall on the right.  Later, Mr Rose, the Farrier, lived there.  Just below, in a house which stands back, lived Mr and Mrs Randle, whose daughter married Mr Barr, Chief Cashier at British Celanese.  Amen Alley can just been seen.  Mr Craddock's Baker's Shop, previously Mr Beamish, and at the turn of the century Mr Rose.  On the left hand side church St Store kept, at the time this photograph was taken, by Mr Bill Liewsly, who ran the first Spondon-owned bus to Derby in early 1920.   Before that he had been a Cab Proprieter, as was his father.  It is thought that one of the outhouses was used as the first school in 1662.   The present buildings are of a much later date.  he Byrd family of Locko left £60pa to pay a Schoolmaster.  Lower down was Mr Isaac Clarke's Greengrocer's Shop and Mr Antill's Butcher's.  The car looks rather like a Bullnose Morris with a Dicky seat at the back; the boot lid was lifted and there were 2 padded seats.  Before the Enclosures Act o 1780s this road and Locko Road were known as Stanley Highway.  By 1788 471 acres had been enclosed in Spondon.  Previously the land had been farmed in strips; each strip was 22 yards wide by 220 yards long: a furlong, or furrowlong; the length a pair of oxon could pull a plough without a rest. 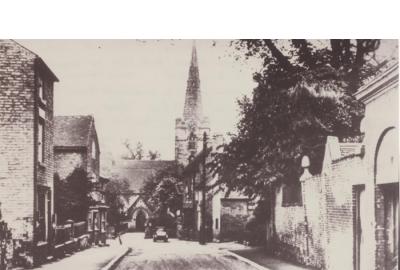 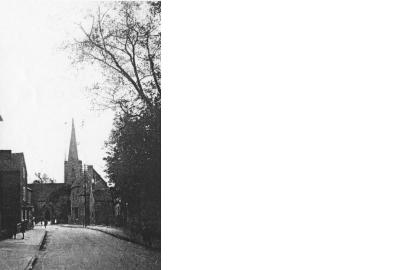 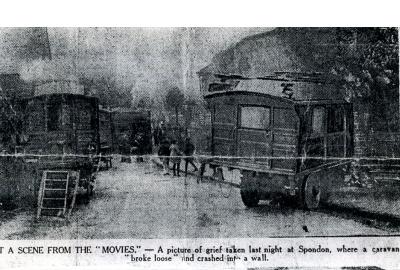 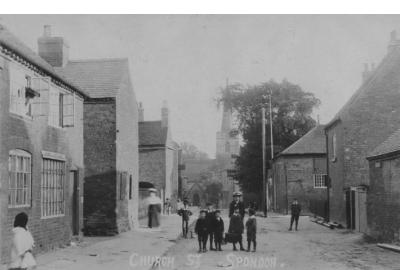 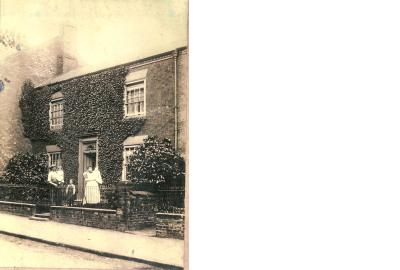 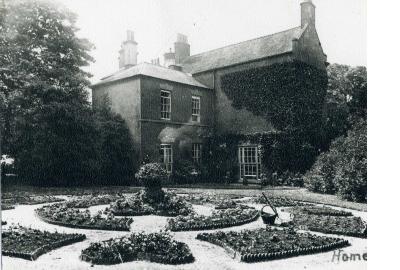 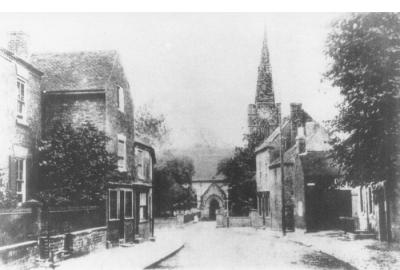 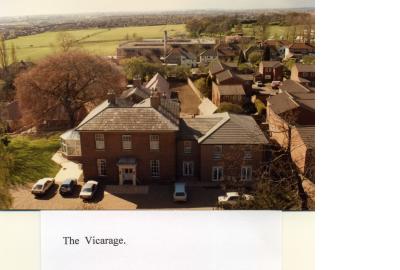