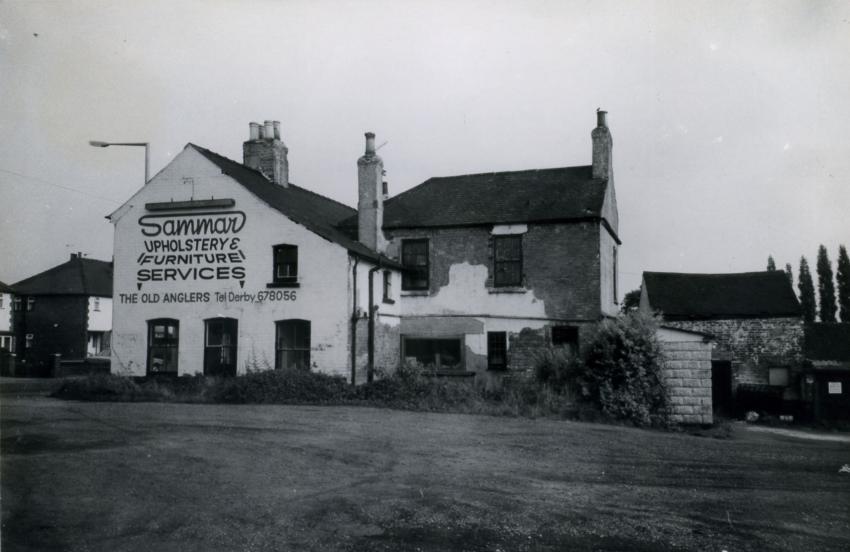 The old Anglers Arms Inn.  In early 1900 Mr Dedman was host.  At the back of the pub, to the right of the picture, used to be a field which had been dug out for clay for brickmaking.  Guy Brighouse believed that Celanese used it as a tip and filled it in.

I was born in 1940 in one of the houses visible in the picture on the opposite side of the Nottingham Road. The Old Anglers had ceased to be a pub at that time and was a transport café. During air raids my parents took my brother and me to shelter in the old beer cellar there.

Anglers Lane which runs down the far side of the pub crossed a bridge over the Derby Canal and ended at an uncontrolled crossing over the railway. During the very hard winter of 1947 it was possible to walk all the way to Derby on the canal and I recall motor bikes being driven on the ice trailing lengths of rope so you could hang on and have the slide of your life.

Your correspondent is correct about the low field being used by Celanese as a tip bringing it up to road level as I remember it happening, sometime during the 1950's I think. 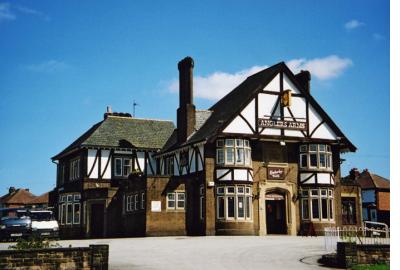