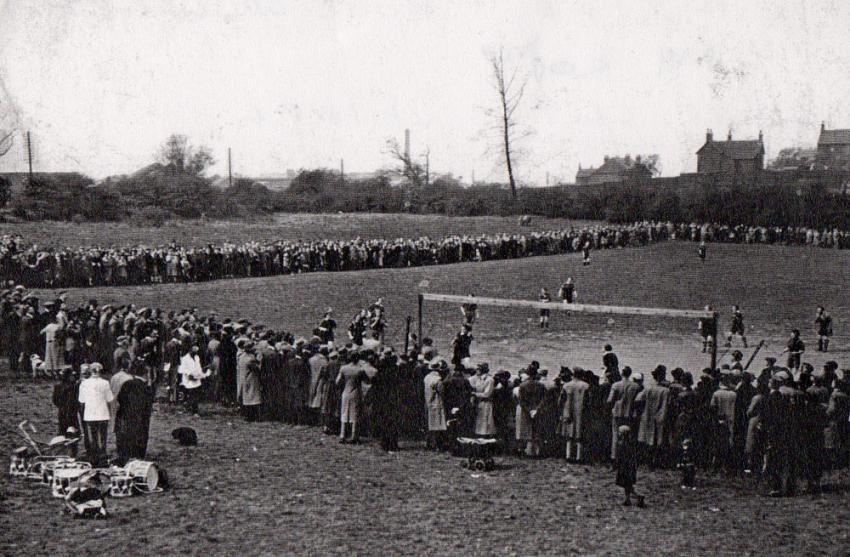 The British Celanese inter-departmental Soller Challenge Cup final being played at the Anglers Arms football ground, Spondon. Believed to be the 1936 final played on the evening of Friday 1 May between Spinning 'A' and Cellulose Acetate Department. The Cellulose Acetate Department team won 2-1 after extra time. The Cup was presented by Dr Soller to the winning side, and medals for the players of both sides presented by Mr  J Neilson.  Source of photo not known;  match details per Derby Evening Telegraph dated 2 May 1936.