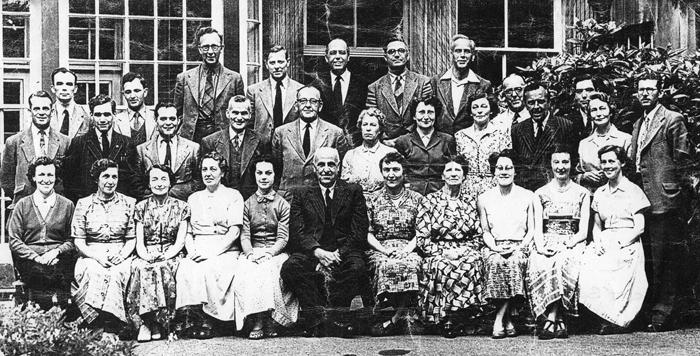 Front row seventh from left: Mrs Billing, who appeared in the 1921 photograph as Miss Hulland

Mrs Threadkell, middle row, L to R, #8. Mrs Billing, front row, L to R, #7 (next to the headmaster). Both these ladies subsequently taught at Spondon Park Grammar school in the sixties, where as a pupil, I encountered them.