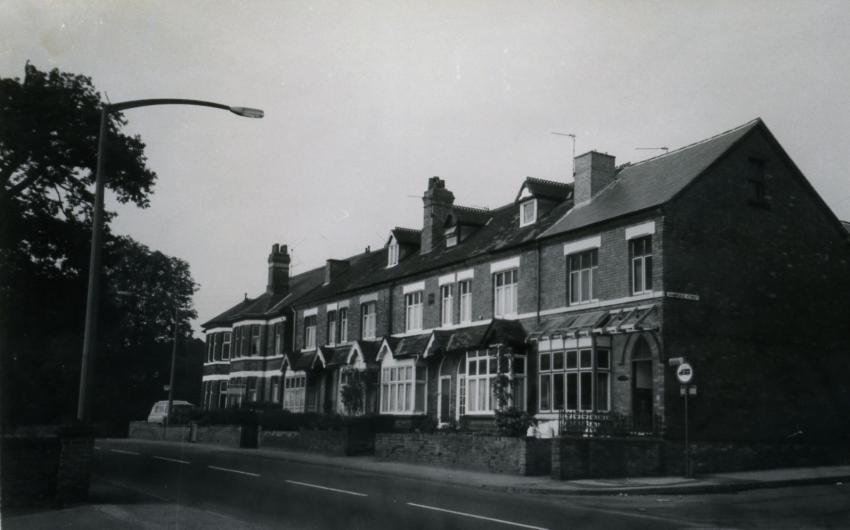 The street on the right is Cambridge Street.  Villas on Nottingham Road, opposite the Crown Club.  Mr Stenson lived in the far one.  He was one of a very old Spondon Family.  Guy Brighouse wa born in the house next door in 1903, when Mr Ranby was living in the club House opposite.  He and his wife established the business of Debenhams in Victoria Street, Derby.  In his day it wad Ranby's until the late 1940s.  When he retired his niece, Miss Maude Ward,  carried on the business.  Her sister, Miss Edith, looked after the old folks and kept house.  Mr and Mrs Ranby started their business about 1873 (according to Mr Roy Christian). 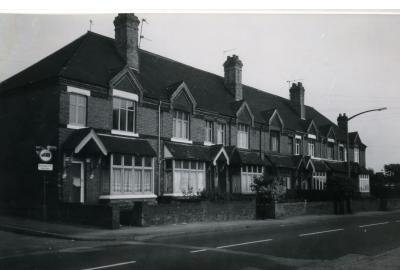 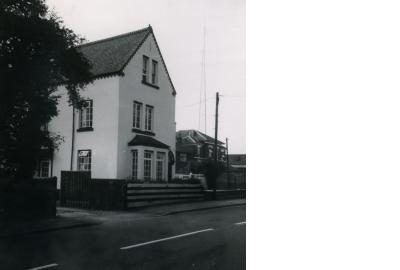 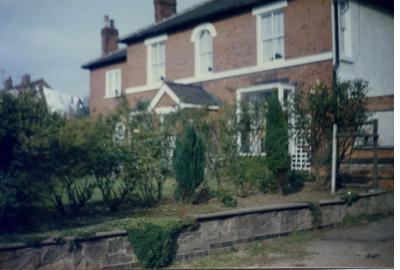