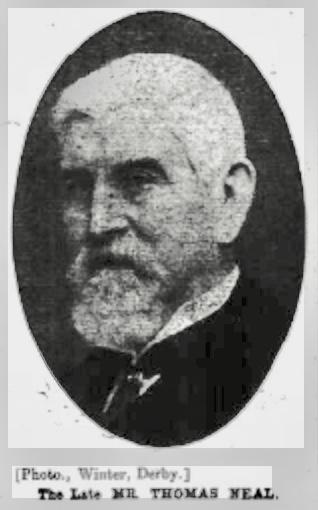 This photograph of Mr. Thomas Neal accompanied his obituary which appeared in the Derbyshire Advertiser for Friday 15th May 1914. He had died on the preceding Saturday morning 9th May at his residence, The Poplars, Spondon. Quoting from the obit, he had been ailing for some considerable time and had been aware for some weeks that the end was approaching. About fifty years previously he and the late Alderman Charles Leech (a former Derby mayor) he had formed the firm of Messrs. Leech, Neal & Co., colour manufacturers of Derby and Spondon. When the firm was made into a limited liability company in 1889 he retired to the Liverpool area though remained on the board of directors. About two years ago he returned to Spondon to live at The Poplars and assumed the chairmanship of the company. He was buried on Tuesday 12th May at Grassendale Cemetery, Liverpool following a service at St Austin’s church. 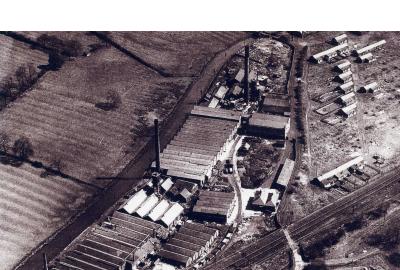