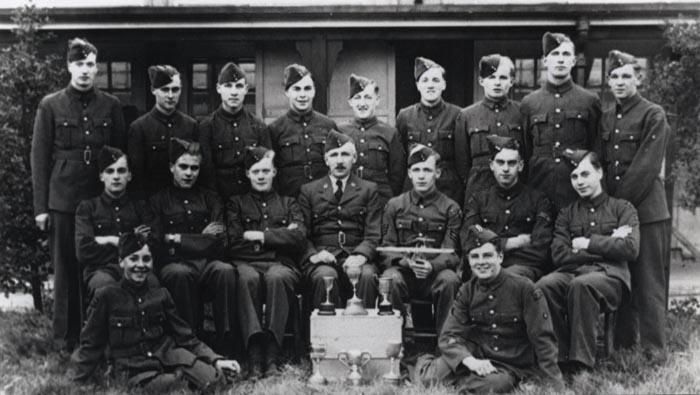 The trophies were gained for marching and display.

The Spondon ATC met in the old "Iron Room", which stood on the north side of the playground of the old Church of England (St Werburgh's) School in Chapel Street.  Mr Alec Ward lived in Dale Road and worked at British Celanese (later Courtaulds).

The Education Officer for 2069 Squadron was Mr Ron Locke, who also worked at British Celanese and is now (1980s)Churchwarden at St Werburgh's Church, Spondon.

This photo must have been

This photo must have been taken in 1943 or later, after I left to join the RAFVR at St.Andrews University in October. Ken Porter, F/Sgt. ATC, 2069 Sqn.

I am so pleased to have apparently found a way to communicate with you. I have read with interest the marvellous stuff you have put on the various websites including re Spondon heroes. You mention in one of them that you knew five or six of the dead listed on the war memorial, including my late uncle Trevor Cordon (misspelt on the War memorial as G.T.CordEn). You have given further details in most cases, but not for Trevor. Are you able to give me any clues about him at all? My late father B.E.Cordon, Trevor's elder brother, never spoke of him so I know nothing except his rank and unit, age, date of death and his parents' and widow's names, from the war graves website. I have written separately to the Spondon Community Association hoping to find some way to get the spelling on the War Memorial amended, but I would really like to have some knowledge of my uncle as a person, and how he died. Meanwhile, thanks for getting me this far. Anna Cordon

I think that the cadet in the

I think that the cadet in the back row extreme left might be my father - Peter Dunn - of Manor Rd Borrowash. Sadly he died in March and I have only just come across this fasinating site. He said that he had been in the ATC but having been called up, the RAF would have been his destination, he was made to stay working for Taylors building railways as that was a reserved occupation. If anybody remembers him I would love to hear from them. 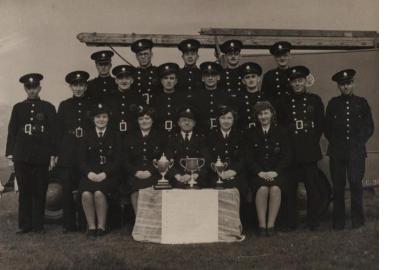 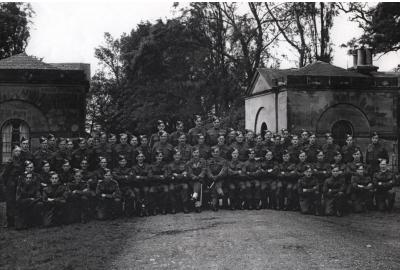 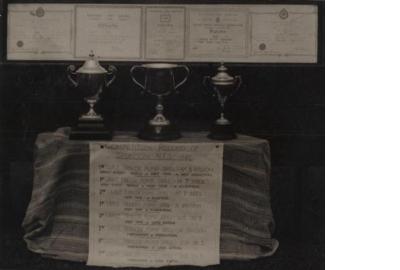 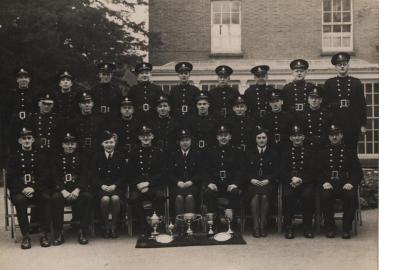 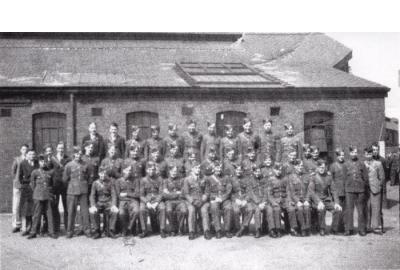 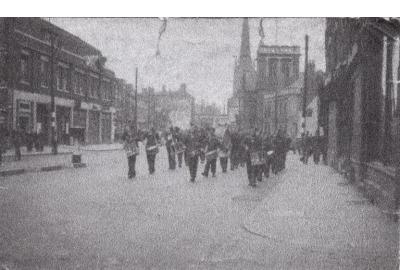 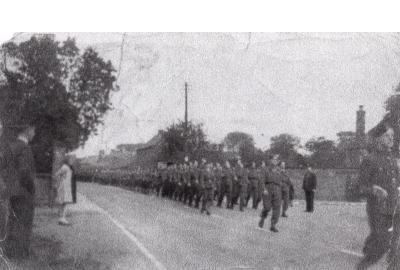 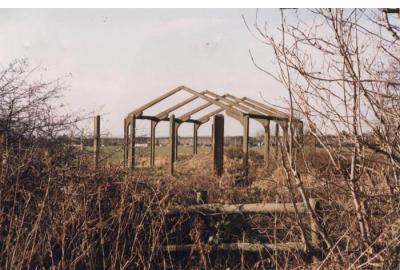