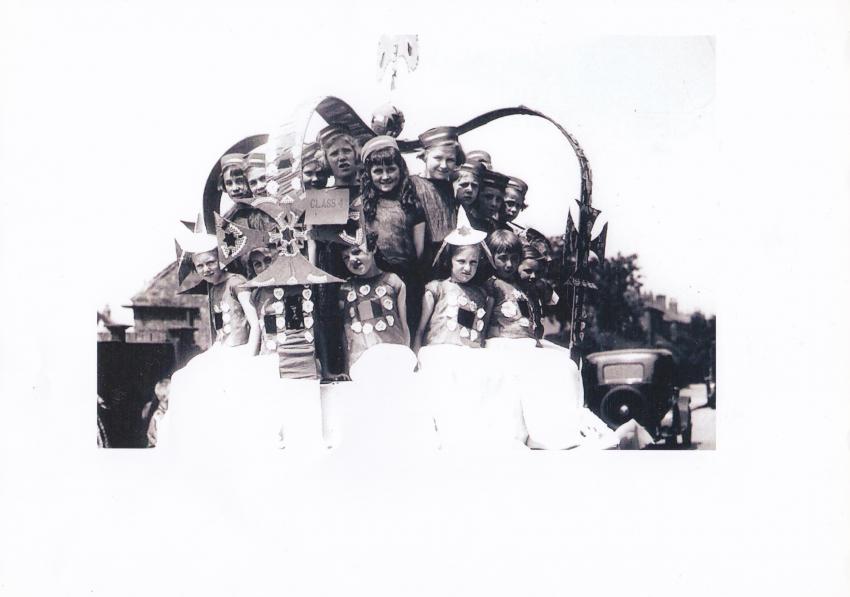 Spondon Carnival in 1937, the year of the coronation of King George VI and Queen Elizabeth.  Brown Own Margaret Coleman lived in Spondon Hall in Sitwell Street.  Tawny Owl Barbara Lewty lived lower down Sitwell Street but on the same side of the road.  They had the 'crown' built  on a lorry, or it could have been a horse drawn dray for I'm sure it belonged to the coalman. The girls standing in the centre wore red and those seated had gold bodices decorated with 'jewels', and white skirts with ermine sewn on the hem. We won 1st Prize. The following year we were a 'Rose Garen' and won 1st Prize again. I can name a few girls: Joan Kedzie, Millicent Cooper, Joyce Wright, Audrey Goodman and Ida Cockayne standing.  The only girl sitting that I can remember is Renee Dunkerly. 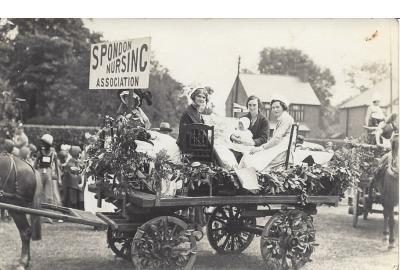 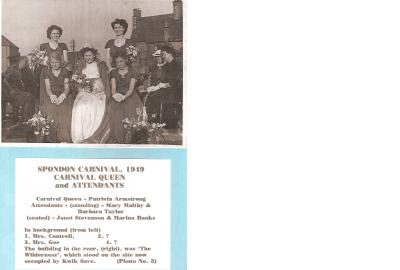 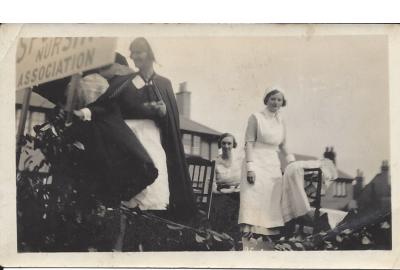