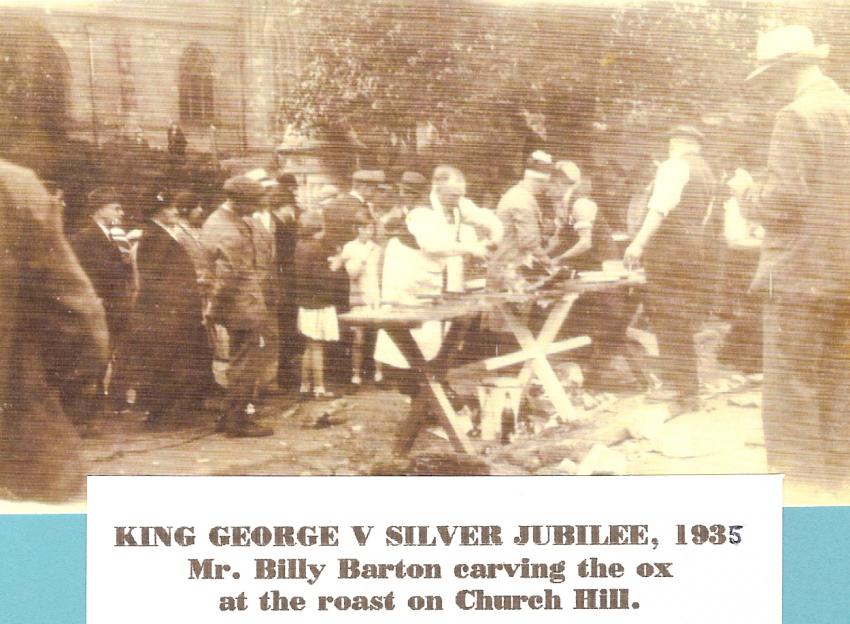 Spondon butcher Billy Barton carves up the ox roast as part of the George V Silver Jubilee celebrations. Pictured on Church Hill with St Werburgh's featured in the background.

As we all know, Spondon still

As we all know, Spondon still regards itself as a village and the community spirit is strong. During the 20th century, when villagers got together to celebrate both National and Local events; usually it was held outside the church on Church Hill, spilling over into Church Street and onto Potter Street outside (or more likely) inside the Malt Shovel.
This photograph shows the villagers celebrating the Silver Jubilee of George V with a sheep roast which had been set up on Church Hill. The meat is being cut up by Billy Barton, the local butcher; whose family business had been in the village for well over one hundred years when it closed in the 1990s. People dressed in their best clothes for the occasion and speeches made congratulating the Monarchy.
In 1936 Spondon formed its own band to commerate the Accession and Coronation of George Vl. It was known as the Spondon Coronation Band and was in existence for about fifty years; performing all over the country and even winning the English National Championships.
In 1990 Spondon celebrated a very special local event; known as “Spondon Aflame”. This commemorated the 650th anniversary of the fire which virtually destroyed the whole of the village. This fire resulted in the village being granted an exemption from taxes by the King, Edward 111 for a year while the village was being rebuilt. Local Councillors please note! A particular highlight of six months of celebrations was a medieval market held in Potter Street outside the Malt Shovel, (of course the Pub was open!). 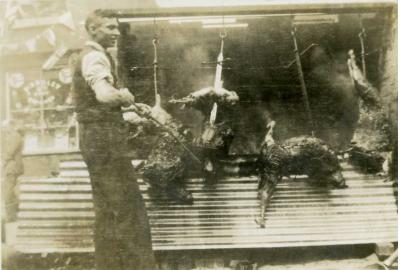 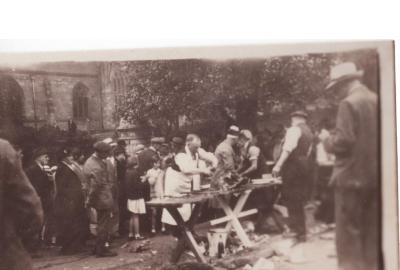