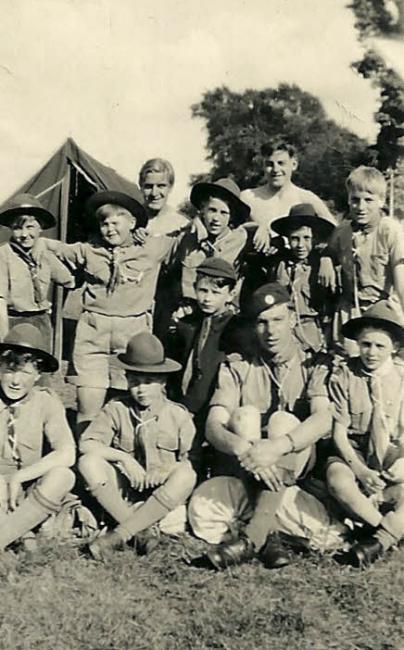 A photo of a number of  Scouts at Camp in 1950,66th Derby ( 1st Spondon Mrs Drury-Lowe’s Own)– I (John Earnshaw) am sure this was in the paddock at Locko Park as preparation for the Drury- Lowe Camping Competition which was held every year for all troops in Derby and outlying districts. Mrs Drury-Lowe was the President of the Derbyshire Boys Scout Association – she was keen to encourage Scouting and I remember she always gave boys in the Troop a Prayer Book on Confirmation providing they wore Scout Uniform. I still have mine and it was of particular pleasure to her since the Bishop held the Confirmation at St Werburgh’s. The boys in the photo are; John (Charlie) Dunnicliffe(his father Charlie had the Vernon Arms in Locko Road) Ken Wingate, Gerald Whitmore, Malcolm Hall, Barry Clayton,?, Alan Whitmore front row Keith Rose, John Sommerfield, Bill Scholes John Earnshaw, the cub is Geoffrey Earnshaw 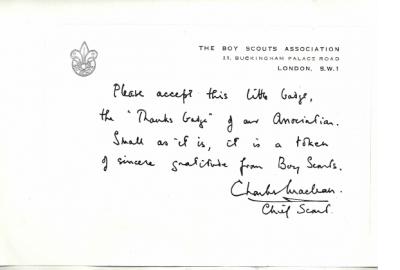 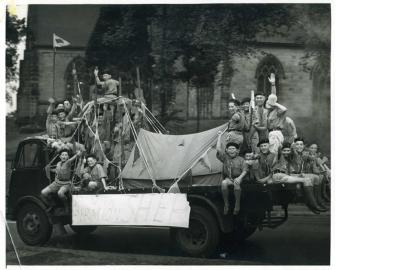