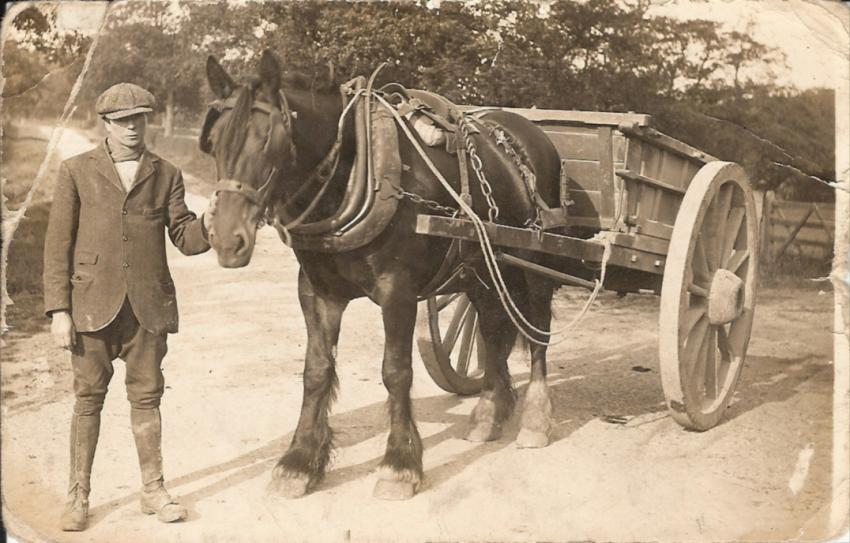 In April 2012 Sue Aubrey writes: My 4th great grandfather was Thomas Coxon, the schoolmaster; his daughter Hannah’s son Thomas Longden (a Blacksmith with the Coxon family) was the father of my great-grandmother Lucy. I am attaching a photo of Lucy’s son Fred Hatton (my grandfather). The photo was taken in 1914.

My grandfather would have lived in Church Street as an infant. Then, following the death of his father, he moved into the Shardlow Union Workhouse. In 1911 he lived at no.9 Locko Road and in 1915, he was living at Poplars Farm, Spondon.  After the war my grandfather married and lived in Watford, Hertfordshire before moving to Hemel Hempstead, Hertfordshire where he lived with his family until his death in 1974.