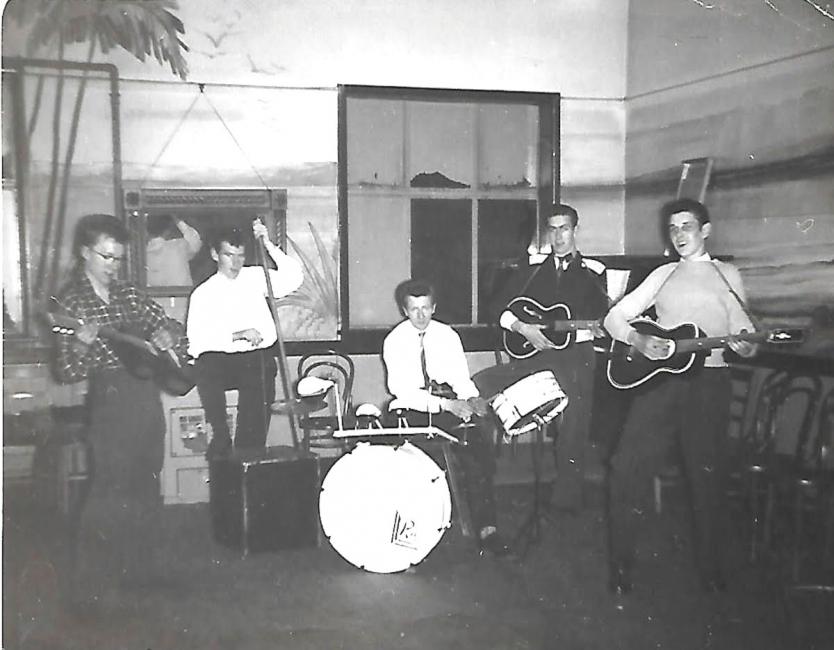 The Vernon was known as the 'top-house' due to its location at the top end of the village or, as my father half-jokingly claimed, due to the standing of the clientele. But there were no rough elements in any of the Spondon pubs; unlike some in Derby . There were the regulars who lived in the area and in the summer months the bar was crowded with cricketers from the Locko Road field.  There was a garden with tables for customers with children and a large dance hall - busy with weddings, old-time dancing, whist drives etc. and our Spondon Skiffle group rehearsals.

The Skiffle craze came to Spondon in 1956 thanks to Lonnie Donegan and several groups sprang up, playing in the pubs and cinemas during intermissions.